This year’s National Yo-Yo Contest was one of my favorites. Congratulations to Jake Bullock and JonRob on being the first joint recipients of the Trick Innovator of the year award. On another note, I thought this year was easily the best year for Freehand at Nats. Historically, freehand was one of the most anticipated divisions and often turned out to be one of the most disappointing.

I mentioned previously that I would be live blogging the event from my iPhone and updating it to my flickr as well as twittering the event. The twitter thing was pretty iffy, but you can see all my Nationals flickr set here.

I also recommend JD_WMWMW’s photo set, where the above photo was culled from, and Sarah and Michelle‘s sets too. 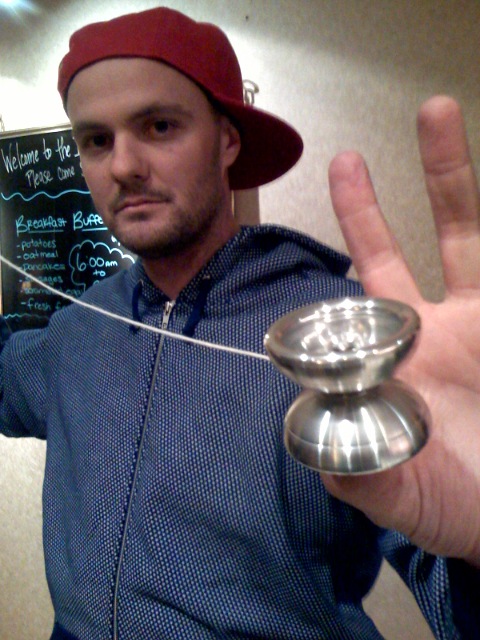