With the newest batch of my yo-yos on eBay, I’ve decided to finally start my 28 Days of Yo project that I’ve been talking about on YoYoWiki Radio for some time now.

The basic goal of the project is simply to post some cool pictures of a bunch of yo-yos in my collection and share some history or personal stories related to those pieces.

In case anyone is wondering why Doc is suddenly selling off all of his most prized yo-yos, the answer is simple…. My laptop is dying/dead. So I’m doing the unthinkable (selling prototypes, etc…) to raise money for a new laptop. What type of laptop really just depends on how much I make off the auctions. I sell a lot of modified Bolt’s through this site, but I always like to help teach folks how to modify their own yo-yos, so I’ve published How to Mod a Bolt Yo-Yo on Instructables.com.

For those of you in the Bay Area, I’ll be doing a yo-yo demo and a yo-yo workshop at the Maker Faire this weekend. If you are at the Faire, stop by and say hi.

I have been booked for a performance at this year MONDO in Minneapolis.

MONDO is this nice big juggling festival that happens this time of year in the Twin Cities. Unfortunately this will take me out of the Bay Area during BAC, but if you live in Northern California, you should still be sure to catch that.

I’ll be teaching a few workshops and performing on the Main Stage for MONDO’s open to the public event. I will also have yo-yos, comics, and clothes for sale and will hopefully be running a Yolympics contest.

Josh from www.Schalicto.com recently wrote a blog about The Hesitator yo-yo. The Hesitator was a very limited run of Spinatstics Eclipses that I hand painted and assembled. Less than 40 where made. Actually I made about 55, but trashed 15 pairs that I didn’t feel looked up to standard.

The name of the yo-yo came from the constant number of kids that would come in to my store looking for hesitator yo-yos.

“You know, the kind that hesitate.”

I would try to explain to them that all of our yo-yos slept, but they would only look for yo-yos that hesitate.

I don’t have any Hesitator’s left.

Life can be cruel sometimes.

He has some fantastic pictures of them on his flickr page.

The pog art features my art as well. One side has a version of me scaling a giant yo-yo and spray tagging it. The other pog is a pair of hands with a floating “H” above them.

Painting the Hesitators was a total nightmare. Nail polish, blue ink, 3 colors of spray paint, sharpies, black paint, glitter and the lids off of McDonald’s McFlurries were all used to get the desired effect. Each half was numbered, signed, and had a cool flame effect. On one half of each yo-yo the flames would spell out HESITATOR. Since all the work was done on the inside of the yo-yo, all spelling had to be done backwards. I even had to learn how to sign my name backwards. Once, after completing 20 Hesitators, I wrote an entire sentence backwards on a post it note to a friend before I realized I was not writing normally. That could have also been a result of being subjected to many hours of breathing aerosol and nail polish fumes.

For the record, it is widely believed that John(bot) Russeth has the best Hesitator made.

I started with a basic trick, Rock The Baby, just to try it out as an instructable.

Now I have just finished uploading all the details you really need to do the Washing Machine. Check it out HERE.

The Washing Machine was created about 7 years ago, and it’s still one of the neatest looking tricks in my arsenal. It’s an offstring trick, that doesn’t require you to start offstring. In fact you can do it in the middle of a normal one handed performance with very little set up.

Adding this trick to the website is more than just an exercise in how useful instructables.com can be for yo-yoers, it’s also an attempt to make one of my favorite tricks more accessible. The Washing Machine intimidates many players, but I’m telling you that any intermediate player can do the basics of the trick (removing the yo-yo and putting it back on).

So please check out my instructable, try it out, and let me know if any of the steps are confusing or could be worded better.

REEDIT:
Alright, I just found out there are a few different versions of this Cartoon Network video.
One is only 1:15 long and I appear at the end doing the “Martini”.
The other is 3:15 and I get a few good quotes.
So… I’m still trying to catch the good version. But I can’t watch all that anime for one more second.
Below is the shorter version. 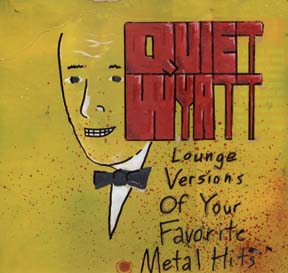 Rick Wyatt is a legend in the yo-yo community. A National Master, instructional video star, and pro for both Yomega and YoYoJam, Rick is most known as the world record holder for longest sleep. I was there when Rick broke the 9 minute record and again when he beat 11 minutes, so I’ve studied his technique closely.

Finally, after a couple weeks of trash talk on the yo-yo boards, Rick and I battled on the stage at the National Yo-Yo Contest in Chico California. Watch as I break Rick’s record with a stock Fireball! 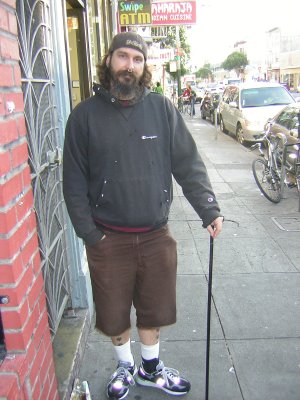 I posted about Phil’s recent accident and I just wanted to update ya’ll.

He’s much better, in fact he’s back at work now.

Is this a pic from yesterday? Yes, Absolutely.

Dazzling Dave Schulte has listed a bunch of great yo-yos on eBay recently. I’d highly suggest checking out his stuff listed here, there are some great deals on new and old yo-yos and Dave is a very trustworthy seller so bid with confidence and all that stuff.

If you haven’t seen this video check it out. I made it from a Spindox meetup last year and Spencer totally steals the show.